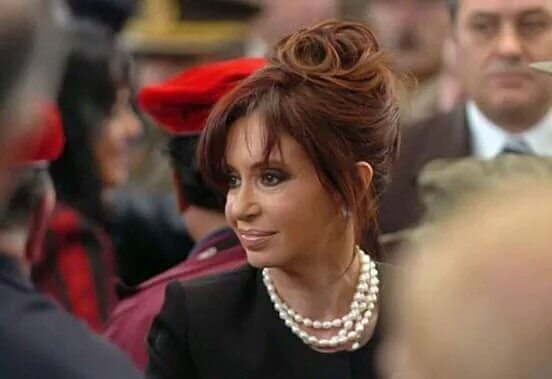 The Federal Chamber of Argentina has decided that former President Cristina Kirchner should be subject to preventative prison for her alleged role as the head of an illicit association of bribes. However, her parliamentary immunity makes this impossible unless the Senate vote to strip her of these rights.

The court also decided to embargo her properties for $1.5 billion pesos (US$39.4 million), reported Todo Noticias. These recent developments are linked  to her supposed role in the Notebooks of Corruption case, which saw an Kirchner official’s chauffeur release notebooks that detailed the movement of hundreds of millions of dollars worth of bribes between companies and Kircher officials.

Kircher is no stranger to legal accusations but despite this has never gone to prison. This is due to the parliamentary immunity given to Senators, which is written into the Argentine constitution and states that MPs and Senators cannot be arrested “except in the case of being discovered whilst they are carrying out a crime that deserves the death penalty, or a dishonourable or other distressing crime.”

In 2000, however, the Ley de Fueros (Immunity Law) was passed, which allows authorities to proceed with an investigation into the MP or Senator. It also requires them to come in for questioning if requested, although they can also just give a written statement, which often has been Kirchner’s strategy. Buildings can also be searched, which happened to Kirchner in August, although this was first voted on and approved in the Senate.

For the ex-president to be stripped of her immunity, explained Perfil, two thirds of the Senate must be in agreement. Cambiemos, the political coalition behind Mauricio Macri has 25 seats whereas Argentina Federal has 22. Despite this, removing her immunity is unlikely as head of Cambiemos, Miguel Angel Pichetto, has publicly stated that he is against stripping Senators of their immunity unless there is a concrete accusation from the Supreme Court.

Despite this, Judge Claudio Bonadio, who is heading the Notebooks of Corruption case, asked for the Senate to vote on Kirchner’s immunity in September and November, but both times there were not enough Senators in the room for a legitimate vote. In light of the most recent developments, he is likely to ask the Senate to vote on this issue a third time.

The Federal Chamber also ratified the decision to give preventative prison time to ex-secretary of planning Julio de Vido, ex-sub secretary of coordination Roberto Baratta and  ex-secretary of public works José López for their leading roles in the illicit organisation. However, this does not apply to the businesses that also played a part, who will only be accused of accepting and receiving bribes.

Carlos Stornelli, one of the Lawyers in the case, told Perfil that this is just “the tip of the iceberg” and they continue to search for the millions of dollars of cash that correspond to the notebooks.