Macri and Bolsonaro: What happened at their first meeting 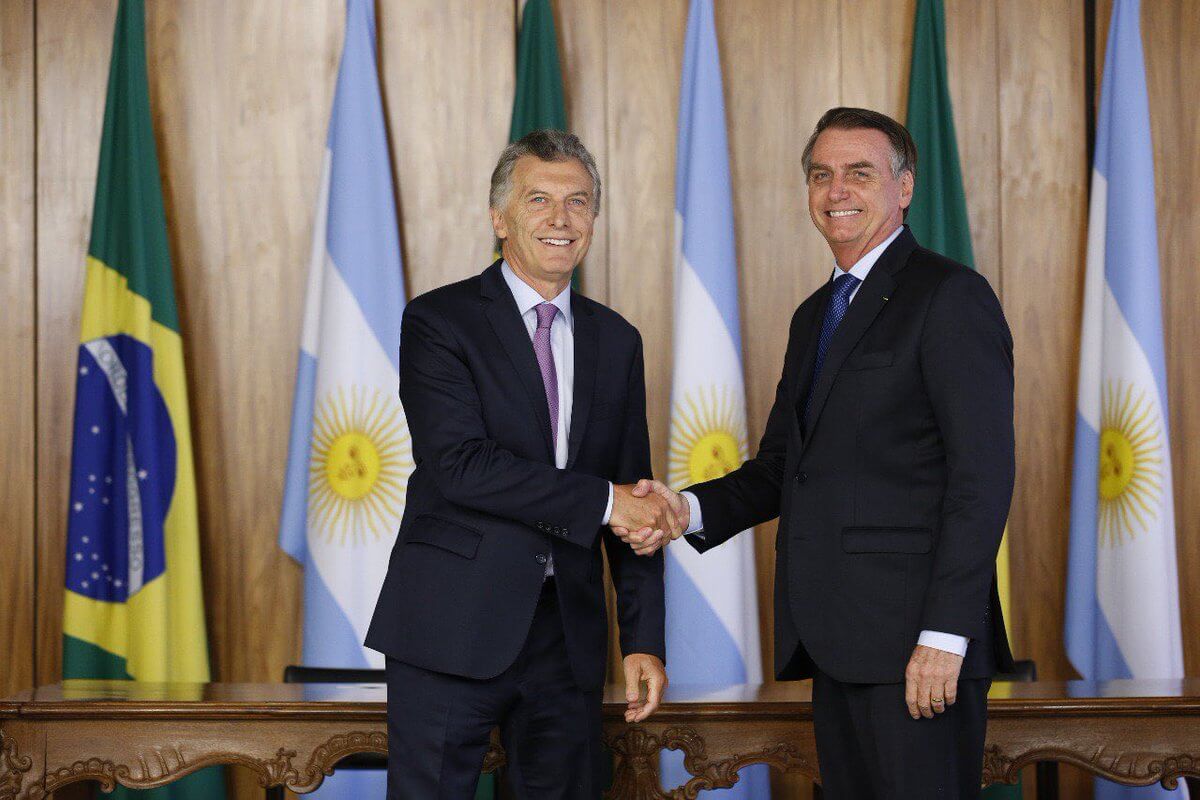 Argentine President Mauricio Macri visited his newly-inaugurated Brazilian counterpart, Jair Bolsonaro, for the first time this week. This meeting has been hotly anticipated amid attempts to  dispel growing doubts about Brazil’s future role in trade bloc Mercosur as well as set the bar for how the relationship between the two countries will develop.

Macri was accompanied by Minister of International affairs Jorge Faurie and Minister of Security Patricia Bullrich. Upon his arrival on Tuesday evening, he was greeted by military officials before a military band played the national anthems of both countries.

“It was a very good trip,” explained Macri at a press conference on Thursday, January 17. “We had work meetings at a ministerial level, on security, on combating drug trafficking and organised crime. We also spoke about working together on the theme of football violence because the Copa América is coming up and we always have the Libertadores and the South American cups.”

Infobae reported that Macri also spoke about a “strong coincidence” of both leaders wanting to speed up integration in Mercosur, and mentioned the possibility of finalising a free trade agreement with the European Union and opening up the trade bloc to the world.

“This trip is the start of a leap forwards toward Mercosur, towards trust,” Macri said during his visit.

President of our beloved and neighbouring Brazilians, thank you for welcoming me and giving me the opportunity to confirm our historic friendship and strategic relationship that unites us. I’m sure that our combined work will contribute to moving towards a better future.

The two presidents both repudiated Nicolas Maduro’s governance in Venezuela and condemned the ongoing crisis that has been plaguing the Caribbean country since 2016, causing mass migration especially to border countries such as Colombia and Brazil. El Pais reported that Macri showed a much stronger stance on this, whereas Bolsonaro only explained that he was “in defence of freedom and democracy in South America.”

Macri has always supported a peaceful answer to the crisis in Venezuela, and although Bolsonaro often reflects the ideology of US President Donald Trump and was expected to encourage military intervention, Infobae reported that the Brazilian president agreed to follow similar diplomatic sanctions to those Argentina agreed on just last week.

The two leaders also created a new extradition treaty between the countries, which according to Brazilian Minister of Security Sergio Moro, will allow an acceleration of the extradition process without needed to take into account diplomatic channels. Ambito reported that this is hoped to facilitate statements within the Odebrecht corruption scandal, so that witnesses can give their testimony to the Justice system even outside of the country.

“[With Argentina] there is a slightly old extradition treaty, made in another era,” Moro told journalists. “We now have different forms of communication and there is the perception of a need to streamline these cooperation mechanisms.”

It appears that despite Bolsonaro’s initial snub of breaking tradition by visiting Chile before Argentina – due to Chilean President Sebastián Piñera being more in line with the Brazilian leader’s politics – Macri and Bolsonaro’s first meeting seems to bode well for a strong relationship.
Bolsonaro will travel to Argentina on a similar visit in April, reported Infobae, although the exact dates will be set in the next couple of weeks.