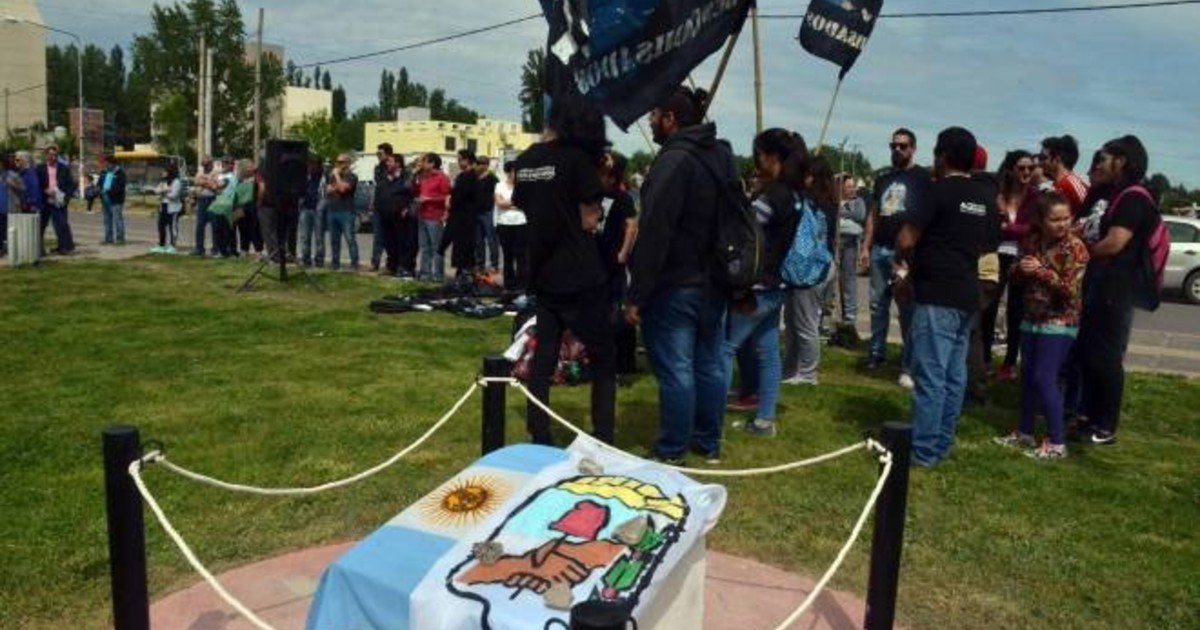 Despite ongoing controversy, on Saturday Oct. 27 a foundation stone was placed in preparation for a statue of Nestor Kirchner in the city of Neuquén, Patagonia.

The ceremony of the stone placement, which is located on Avenida Olascoaga, was attended by around 300 people. Speeches made by those present called for Cristina Kirchner to be voted in as president in the upcoming 2019 elections, as well as criticising some Peronists in positions of power that seem to have “forgotten their roots”, reported LmNeuquen.

The initiative was created by a group of Kirchnerists and headed by ex-officials Oscar Parilli, along with town councillor Marcelo Zúñiga to pay tribute to Nestor and mark eight years since the ex-president died of a heart attack. Although not fully approved, the men wanted to at least place the stone in its location.

However, since the Notebooks of Corruption scandal that broke in August of this year, the name Nestor Kirchner has become synonymous with the corruption scheme that saw hundreds of millions of dollars paid in bribes during the Kirchner presidencies. In the same month, a bus terminal in Mendoza province changed its name from Terminal Nestor Kirchner to Terminal de San Rafael, and in Ecuador, a statue of the ex-president at the UNASUR headquarters was also removed for being “a symbol of corruption.”

However, the project dates from Nov. 11 2013 when Nestor’s wife Cristina Kirchner was president, in order to pay homage to Nestor’s role in “the development of the economy through the redistribution of wealth.” 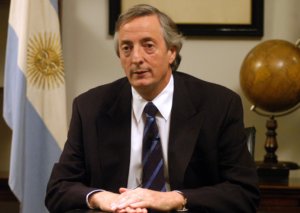 One of Neuquén’s Cambiemos town councillor Francisco Sánchez spoke to Clarin expressing his distaste for the project.

“We cannot allow tributes that used Neuquén people’s money to make themselves rich,” he said. “We cannot encourage venerating people that have done so much harm to the country as if they were heroes.”

In response, Zúñiga fell to criticising Mauricio Macri’s current administration and the recent decisions made in an attempt to bring the country out of the economic crisis it is currently experiencing.

“We will not allow people to grab and take away our symbols,” he said at the ceremony on Saturday. “Nestor is the most important symbol in the fight against imperialism, against surrender and against the IMF.”

Macri’s controversial decision to resort to a record-high loan from the IMF has caused widespread anger, and the recently voted 2019 budget plan has done little to dispel fear among Argentines that the country will fall deeper into a crisis similar to the devastation of 2001.

There have been various projects attempting to stop the statue from being approved and Sánchez has proposed placing a statue of René Favaloro in its place. Favaloro was an Argentine cardiac surgeon best known for his pioneering work on coronary artery bypass surgery.

A final vote will take place in Neuquén in November, reported LmNeuquen.